Japanese soil wall is consist of some soil layers on a base which is called Komai木舞 or Take komai竹小舞. 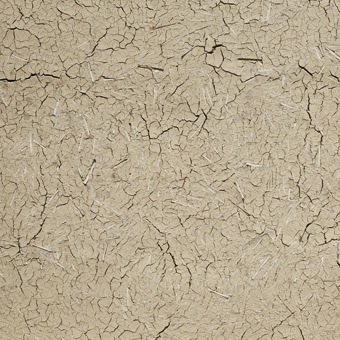 At first, soil wall which was imported from China and Korea was used in temple or shrine and apart of aristocracy's house in Asuka-era (飛鳥時代592-710). Then, along with epidemics of colored wall, It was spread among ordinary people in Muromachi-era (室町時代1336-1573) .
On the other hand, soil wall was also used for a farm house, but the soil wall was not same as stated before, it was natural generated from firmer's living culture.

Clayish soil is used for soil wall, marine algas called Tunomata 角又 and chaffs called Susa すさ are mixed into the clayish soil to addition strength and prevent cracks. Those added materials make some pattern on the wall. Ash and colored soil were used for making colored soil wall.
Architect's or gardener's have been designed soil walls by arrange the ratio of blending materials since ancient time.