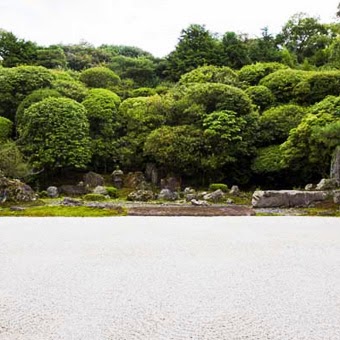 He worked for both Hideyoshi Toyotomi (豊臣秀吉 1537-1598) and Ieyasu Tokugawa (徳川家康 1543-1616).
He made various architecture, but he known much as designer of tea rooms and gardens today.
His garden was characterized by straight line. Before his garden, There were no straight line in Japanese gardens. He made large straight pavement by used stones took a variety of forms, and he often effectively arranged square stones in his gardens.
Moreover, grass garden, flowerbed and daringly trimmed bushes can be seen in his garden. Because that kind of design was couldn't see before his garden, scholars are saying he was affected European garden design. 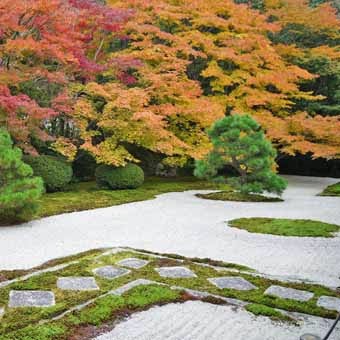 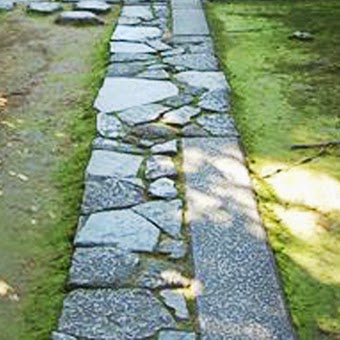 Daitoku-ji Kohouan (大徳寺孤蓬庵) is said Enshu's grand sum.
There was a tearoom in the temple, it was named Bosen 忘筌. The was Shoji 障子 but it was stopped at waist height. it was also Enshu's invention. 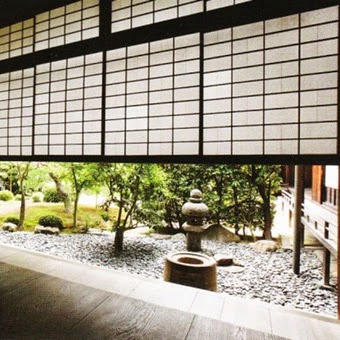 Email ThisBlogThis!Share to TwitterShare to FacebookShare to Pinterest
Labels: landscape