Kawara瓦 is mainly used as roofing item, but there are many usage of Kawara瓦 in Japan. 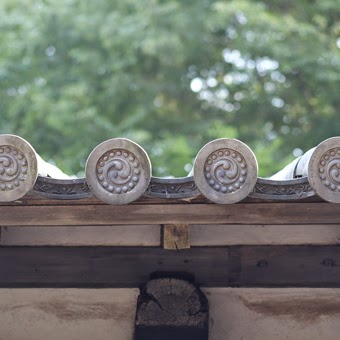 Kawara 瓦 came down form Korean Peninsula to Japan in Asuka-era (飛鳥時代592-710).
At first, it was used for only temples as a roofing material. Then it had been gradually used for aristocracy's palace in Heian-era (平安時代 794-1185). It became Edo-ra (江戸時代1603-1868), Kawara was used for general buildings because it had fire resistance performance.

Clay roof tile is the tile made of mud.
It can be divided three types.
a). glazed tile (YUYAKU KAWARA 釉薬瓦)
b). smoked tile (IBUSHI KAWARA いぶし瓦)
c). non-glazed tile 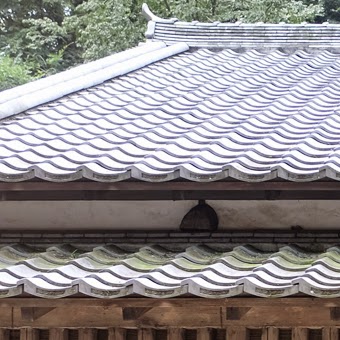 a). glazed tile (YUYAKU KAWARA 釉薬瓦) It is tile having a glaze layer on a surface of a tile. since the glaze layer makes strong surface, it has better quality to last long than other types. b). smoked tile  (IBUSHI KAWARA いぶし瓦) It is tile having carbon film layer on a surface of a tile.The tile is burned as unglazed tile in a boiler, then when the temperature decrease around 950℃, the boiler is tightly sealed to retain all carbonation. the carbonation make carbon film on the tile surface. The tile has uniform black color at first, but It will get change the color from black to silver with the years.
c). non glazed tile (SUYAKI KAWARA 素焼瓦)
It is the tile burned without glaze.

It is a tile which made from wood with thin metal on the surface.
It was began to be used for some castles in Edo-era (江戸時代1603-1868). It is considered that they use Metal Kawara to reduce the weight of a roof of such a high building. 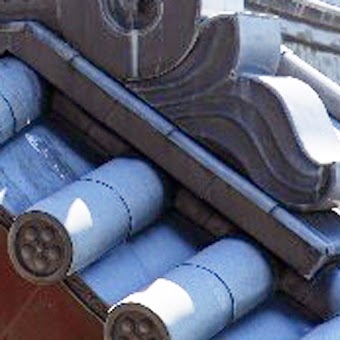 It is a tile made from stone.
It thought up to use in cold area.  Because clay tile got freezing damage, It couldn't be used in cold area. 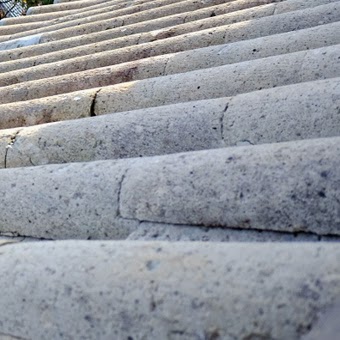