Hanchiku 版築 was famous wall construction method in all over the world in ancient times.
It was made from only soil or mixture of soil and caustic lime. 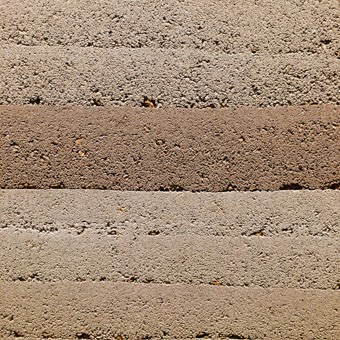 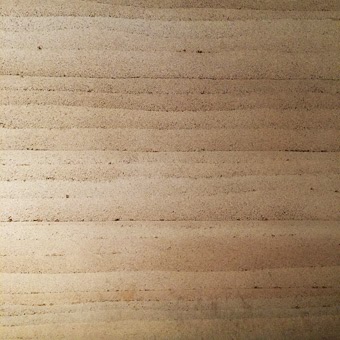 It was strong solid, so it was used as castle walls, burial mounds or wall of houses.
As compared to it was used for large scale construction like Great wall in China, it was used for smaller architecture like houses or fences in Japan.

Since fine grained yellow ocher was suitable as a material for Hanchiku 版築,  each and every structural object like road, wall, house, temple, castle wall, bank and so on made of Hanchiku 版築in China which had abundant supply of it.
On the other hand, There was scarce amount of such kind of fine grained soil in Japan, Japanese used fish oil, caustic lime and straw as blend materials for Hanchiku版築, those material worked as reinforcement materials. 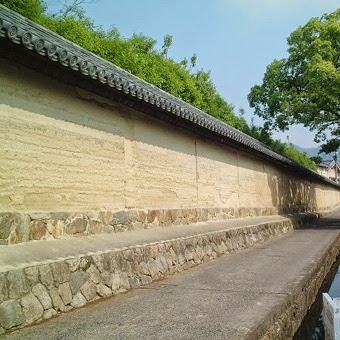