A straw-thatched roof (KAYABUKI YANE 茅葺屋根) is a primordial roofing format in Japan as same as many other countries. 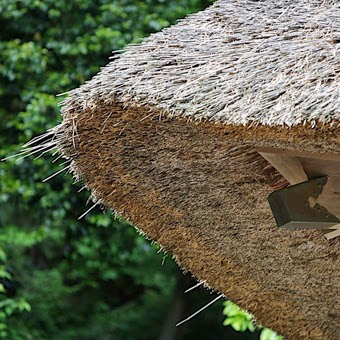 It had been used since ancient times, but according to growth of settlement and it became dense in urban area, it was gradually avoided because of it's flammable character. KAWARA瓦 has gotten used instead of it.
On the other hand, in country side, it had been continued to use untill middle of 20th. Because the material for the roof could be easy obtain and farmers could maintenance the roof as a team in agricultural off season. 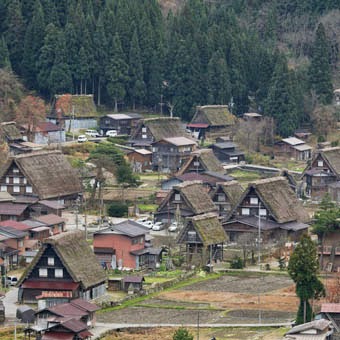