Tatami is peculiar to Japanese culture.
The existing oldest Tatami was made in Nara era (710-784). It has little bit different figure from Tatami which we expect now, it was called "Gosyo-no-Tatami 御床畳" made of 4-5sheets of Goza mat (Goza is a mat woven by herbaceous stem.) .
It was getting to be formed the figure known as Tatami in Heian-era (794-1185). 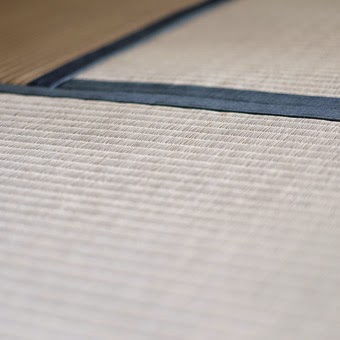 Tatami is consisted of 2 layers, surface layer and center layer, the thickness is about 5cm.Center layer is made of dry straws which is covered surface layer made from rush (Igusa いぐさ).Tatami has piping on the edge, the piping showed rank of the family in ancient time.Also, Tatami size was basic module for architecture,carpenters decided a room size to based on the number of Tatami. 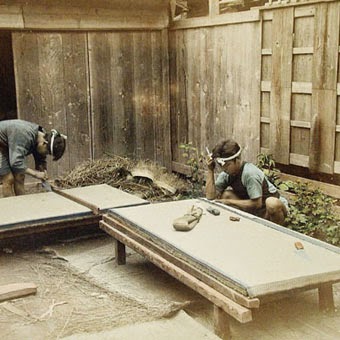 Posted by washigoto at 9:54 PM